That’s the title I’ve just been awarded, along with a very nice glass of Pinot Grigio and I am feeling more than a little smug that I passed their test. However I’m not entirely sure the moaning that’s coming from them is worth it!

You see I have apparently broken them by taking them, on foot, between the places they’d picked for me to visit this afternoon, without once looking at a map. Given that I started at Euston Station, walked to the British Museum to meet them and then we’ve been, in no particular order, to Covent Garden, St Paul’s Cathedral, Borough Market, The Globe, Somerset House, St Bart’s Hospital, Holborn, Trafalgar Square, Leicester Square, Piccadilly Circus, Old Compton Road, Montague Street, Regent’s Park, Baker Street, North Gower Street and back to Euston I can see, sort of, why they’re complaining. Although since it was their idea in the first place they aren’t getting much sympathy from me!

I’ve had a wonderful day. London always makes me feel better and when you spend 8 hours in the company of three people who can make you laugh so hard you can’t stand up straight for 5 minutes you really can’t go wrong.

On a slightly more – well not serious exactly, maybe scholarly is a better word, I’ll go with that – scholarly note, if you find yourself in London between now and November there is a must see exhibition on at the British Museum. It’s not a free one (£14 for adults) but it is well worth the entrance fee. It’s called “Shakespeare – staging the world” and it looks at how Shakespeare pulled places, people, ideas and influences into his plays. It’s one of the best presented exhibitions I’ve seen in a long time and it’s been done in collaboration with the RSC so you actually get parts of the plays voiced/acted as you’re walking round – not live unfortunately but that doesn’t really matter, the actors are so fantastic you feel like they are there anyway.

We spent nearly 2 hours in there and had we not been so hungry Bryony almost keeled over we would have stayed longer. I can honestly say I learnt things about Elizabethan England that I hadn’t known before (and I’m almost as obsessed by that era as I am by the Arthurian legends) and some of the artefacts were just mind boggling – Dr Dee’s magic mirror for viewing Angels in anyone? I can’t praise it highly enough.

We also spent some time talking Sherlock – both BBC and ACD versions – and visiting a few of the BBC filming locations so the Bryony and I could get overexcited and act like teenagers. Boys we’d apologise if we thought you minded but you were just as enthusiastic as us, so we won’t. I will however say that Ben C showed remarkable forbearance when we suggested attempting to re-enact a scene and we made him lie on the pavement. Needless to say that particular video will never see the light of day.

So this blog post was really just a very long winded way of saying a huge thank you to Bryony, Ben M and Ben C for dreaming up such a fantastic itinerary and buying me such a lovely lunch (seafood and champagne) and join them in raising a glass to London, Queen of Cities – long may you captivate our hearts! 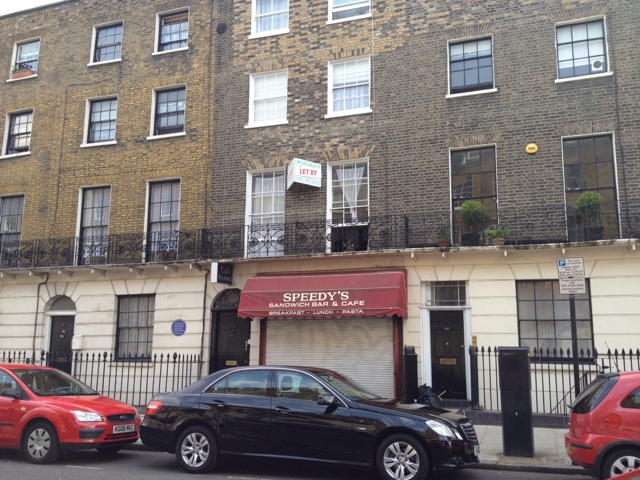 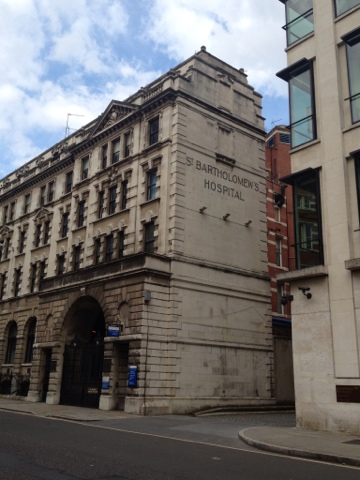 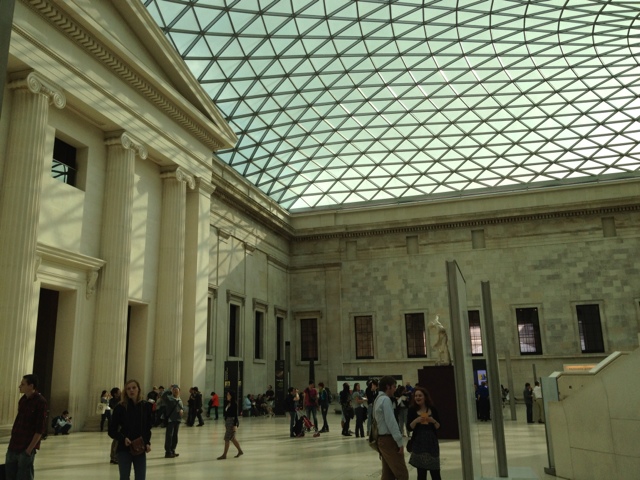