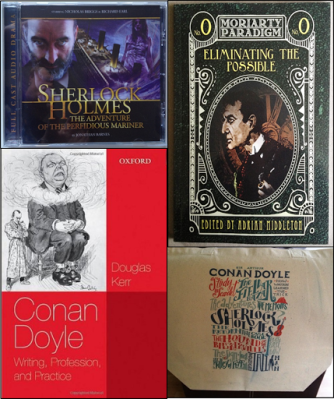 All in all, Tom Ue and Jon Cranfield put together an excellent two day programme, all of which I thoroughly enjoyed. I do hope that there will be a similar conference next year, possibly to mark the 125thanniversary of ACD being commissioned to write what ended up as The Sign of Four (on 30 August 1889 during a dinner at the Langham Hotel where, incidentally, Oscar Wilde was also commissioned to produce something, the result of which was The Picture of Dorian Grey).
I also sincerely hope that the possibility of the papers being collated into a book becomes an actuality as I would relish being able to review the full papers from the panels I attended and to see what I missed at the panels I didn’t.

The conference has a facebook page and a twitter account, through which you can find photos of the event, as well as links to other write ups.