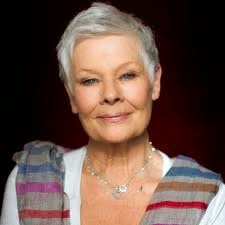 This is going to be short and sweet, just like the session itself.
I was lucky enough to be given a ticket to this Q&A by a friend who couldn’t go and – since I’ve been a huge fan of Judi’s since I saw her in All’s Well That End’s Well – I jumped at the chance.  I’m so glad that I did. It was 45 minutes of glorious anecdotes, reminisces and Judi being … well, Judi. I should also applaud Angus MacKechnie for his wonderful comparing. It was very obvious they both knew and liked eached other and it was very much a chat between friends that we were made a part of.
The highlights of the evening for me were her reminisces of acting with Peter Hall (especially her explanation of how he approached Shakespeare in terms of how to speak it and what she learnt from him), her story of how her daughter had, before she decided she also wanted to be an actor, wanted to be an acrobatic nurse (and somersault down the wards upsidedown to cheer the patients up) and her entirely nonplussed reaction to being told the title of the next Bond film, her “Yes” in a completely flat voice when we all chorused “Spectre” in answer to Angus asking what had been announced sending the whole audience into giggles.
There were some lovely audience questions too (one which resulted in the Peter Hall Shakespeare mini masterclass) but the one I was most interested in hearing the answer to “If you could play any Shakespearian role – regardless of age or gender – which would you play?” was the only one she failed to respond to. Not for lack of thought on her part, just because she simply couldn’t choose.