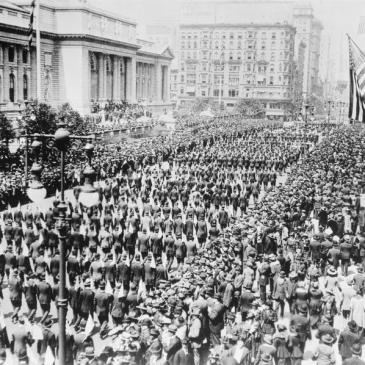 America had, in the first two and a half years of WWI, adopted a policy of neutrality and though that attempted to broker peace between the Central Powers (Austria-Hungary, Germany, Bulgaria and the Ottoman Empire) and the Allies (United Kingdom, Serbia, Russia, France, Italy and Belgium). However the cumulative effect of German use of U … END_OF_DOCUMENT_TOKEN_TO_BE_REPLACED

Originally posted on Druid Life:
Politics doesn’t bring out the best in people, and angry political exchanges can put strains on otherwise viable friendships. What to do if someone you thought was ok starts spewing hate, insults and what looks to you like madness? Don’t respond in kind. You’ll just cause them to dig in…